It’s more fun on Xbox One

Xbox One brings together award -winning and exclusive games, the best place to play with friends and family, live TV and your favorite gaming and entertainment apps. Play Halo, Forza Horizon 2, and Sunset Overdrive with friends on a network powered by over 300,000 servers for maximum performance. Find new challengers who fit your skill and style with Smart Match. Then snap a game, live TV, or apps like YouTube side-by-side, and instantly switch from one to another/resume an experience right where you left off.

The best place to play with friends and family

Do More with Xbox

With Xbox Live Gold, you get the most advanced multiplayer, free games, exclusive member discounts up to 50-75% on games in the Xbox Store, and more. And on Xbox One, it’s even better, with smarter, faster matchmaking, and online multiplayer for everyone in your home.

Experience the action like never before with the Xbox One Wireless Controller. New Impulse Triggers deliver fingertip vibration feedback, so you can feel every jolt and crash in high definition.* Redesigned thumbsticks and an all new D-pad provide greater precision. And the entire controller fits more comfortably in your hands. With over 40 innovations, it’s simply the best controller Xbox has ever made 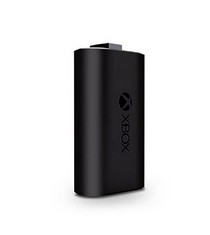 Xbox One Play and Charge Kit- Play on and on

Keep the action going with the Xbox One Play & Charge Kit. Recharge while you play or afterwards, even when your Xbox is in standby. The long-lasting rechargeable battery fully charges in under 4 hours.* Say goodbye to disposable batteries and having to swap them out in the middle of a game.

Your favorite entertainment is at your fingertips with the Xbox One Media Remote. You’re in control of Blu-ray movies, streaming video, apps, TV power and volume. Featuring backlit keys that light up automatically,this simple, powerful remote is designed to help you watch and switch instantly 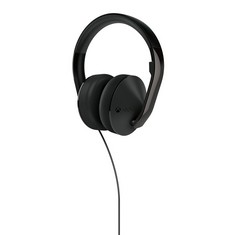 Immerse yourself in rich stereo sound with the Xbox One Stereo Headset. Easily adjust audio levels without taking your hands off the controller. You can even control the balance of game sounds and chat audio to focus on what you want to hear

If you have Xbox 360 today you’ll love Xbox One. Here’s why:

FIFA 15 brings football to life in stunning detail so fans can experience the emotion of the sport like never before. Witness the intensity of crowds chanting and cheering like on match day, and listen to commentators guide fans through the story of the game with dynamic match presentation. For the first time ever, all 22 players on the pitch are connected with emotional intelligence – now players will react to opponents and teammates within the context, and relative to the narrative of the match.

Next-generation visuals put fans on living pitches with grass that wears and tears as the match progresses. Authentic player visuals make players lean, athletic, and true to their real-life appearance. Player control heightens the responsiveness of player movement, gives athletes more control and personality on the ball, and makes man-to-man battles more rewarding than ever before.

Football is the greatest drama on earth and FIFA 15 puts fans centre stage, allowing them to feel the emotion and intensity of the world’s greatest sport.