Osmo, created by young parents, encourages creative thinking and social interaction by expanding gameplay beyond the screen, turning any physical object into a digitally connected game piece. All four games can be downloaded for free from the iTune App store. Search for “Osmo Newton”, “Osmo Masterpiece”, “Osmo Tangram”, and “Osmo Words”. Tangram and Words use physical objects that come with the set, whereas Words and Masterpiece only require use of the Osmo reflector and base. 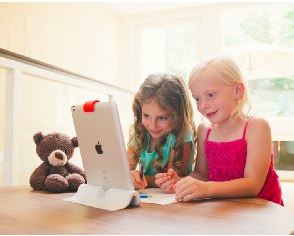 Play Beyond The Screen With Osmo

Osmo is a kids technology system that brings the physical and digital worlds together. The system consists of a unique reflector, game pieces and mobile apps that incorporate an iPad into the game in a whole new way. Osmo expands gameplay beyond the screen, transforming the space in front of the tablet into an interactive environment that turns any object into a digitally connected game piece.

Osmo was created by young parents out of Stanford and Google looking for a way to bring back physical play to digitally savvy kids. USA Today and Yahoo! Tech have both raved about Osmo’s ability to make parents and kids alike thrilled and Wired called it an ‘Ingenious New Toy’. Time Magazine named Osmo one of the top inventions of 2014. 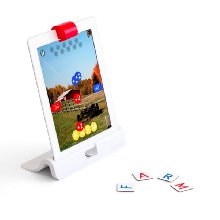 This game magnetically attracts players of all ages to play around Osmo as they quickly guess the word by tossing the letter tiles in front of the screen. Carefully crafted competitive and cooperative modes get people interacting, bonding, laughing and strategizing together. Fast paced gameplay with increasing difficulty encourages players to think outside the box. 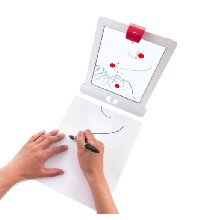 What do Grandma’s glasses, your hands, and pen & paper all have in common? They’re all physical tools that are at the whim of your limitless creativity while playing Newton. Grab anything around you to build structures that magically become part of the game; guiding on-screen bouncing balls to hit targets. 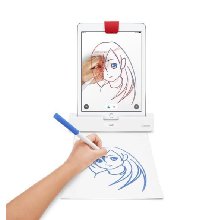 Supercharge your drawing skills with Masterpiece! Pick any image from the camera, curated gallery, or integrated web search and Masterpiece will transform it into easy-to-follow lines and help you draw it to perfection. You can then share a magical time-lapse video of your creation with your friends and family. 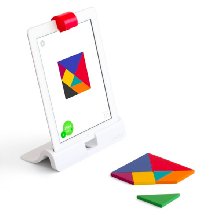 This mindful game uses timeless tangram wooden pieces that have challenged the minds of millions over centuries. The game challenges, interacts and rewards as you explore and experiment with different spatial arrangements using dexterity and creative thinking to solve the puzzles. As you solve, the game lights up and reveals the map of even more challenging puzzle