Amazon.in Gift Card worth up to ₹10,000 with select iPhones

Shop select iPhones from Cloudtail seller when fulfilled by Amazon and get Amazon.in Gift Card worth up to ₹10,000.

This promotion is applicable only if purchased on Easy Monthly Installments (EMI) from select Credit Cards.

The iPhone 5c leads the series for being the first Apple smartphone that comes in multiple vibrant shades. As opposed to the other devices from the brand, all of which stick to basic shades like black, white, silver, grey and gold, this device can be picked up in pink, yellow, blue and green, apart from white and is available with a memory capacity of 8GB. The device is best suited for people on the lookout for an advanced yet stylish smartphone, loaded with all the essential features. 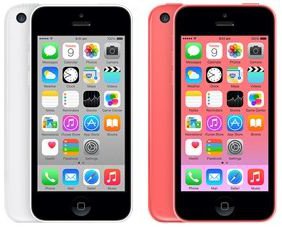 Apple products are known for their ability to reproduce dazzling visuals and the Apple iPhone 5c continues the trend. It arrives with a Retina display that measures 4 inches diagonally. The LED-backlit IPS screen delivers visuals in a resolution of 1136 x 640 pixels and has a pixel density of 326 ppi. Featuring a contrast ratio of 800:1, the touch panel, capable of delivering clear and vivid images in bright sunlight, has an oleophobic coating to resist those annoying fingerprints. It can bring your images, videos, movies and more to life for enhancing the visual experience to a large extent.

Multitasking at its Best

This Apple iPhone 5c 8GB smartphone is designed for people who want their devices to keep them connected as well as productive at all times. The driving force behind the gadget is the A6 chip, which clocks a speed of up to 1.2GHz. It is highly energy-efficient and supports multiple applications at the same time without draining the gadget’s battery. That’s not all, this chipset extends support to the 4G LTE mobile networks, giving you the option to browse the Internet at lightning fast speed while you are on–the-move.