Chinese smartphone maker Xiaomi launched its 2014 flagship, Mi 4, in India last month for Rs 19,999. The successor of Xiaomi Mi 3, this smartphone features a stainless steel metal frame and a 5-inch Full HD display that has Corning Glass with One Glass Solution (OGS) technology protection. The phone also has changeable plastic back covers.

Xiaomi Mi 4 is powered by a 2.5GHz Qualcomm Snapdragon 801 quad-core processor and 3GB RAM. It will be available in 16GB storage variant. The phone runs MIUI 6, a new version of the company’s operating system, based on Android 4.4 KitKat. The phone sports a 13MP rear and 8MP front Sony stacked CMOS camera and a 3,080mAh battery.

India’s cheapest 4G-enabled smartphone, Lenovo A6000 was launched in India in January as a Flipart-exclusive product. Priced at Rs 6,999, this smartphone has a 5-inch IPS HD display and runs on Lenovo’s Android 4.4-based Vibe 2.0 UI. Powered by the 64-bit 1.2GHz Qualcomm Snapdragon 410 processor and 1GB RAM, the phone comes with 8GB of storage space.

A6000 sports an 8MP rear camera (with auto focus and LED flash) and a 2MP front facing camera. The dual sim phone supports 4G LTE connectivity with support for both FDD 1800MHz (Band 3) and TDD 2300MHz (Band 40) in addition to other popular connectivity options including Bluetooth 4.0 and 3G. Featuring a 2300mAh battery, the phone has two speakers and Dolby Digital Plus sound.

The most expensive Android smartphone in India at Rs 64,900, Samsung Galaxy Note Edge comes with an extra screen on the side that operates as a panel separate from the primary display. The phablet boasts of a unique design, wherein the right edge of the screen is curved and provides quick access to frequently used apps, alerts and device functionality.

Samsung Galaxy Note Edge sports a 5.6-inch Quad-HD+ (1600×2560 pixel) Super AMOLED display. It is powered by a 2.7GHz Qualcomm Snapdragon 805 quad-core processor and runs on Android 4.4-based TouchWiz UI. The smartphone features a 3.7MP front camera and 16MP rear camera. It has 3GB RAM and 32GB internal storage, expandable up to 128GB via MicroSD card. It has a 3000mAh battery with support for quick charging.

The phablet also comes with additional software optimized to make use of the accompanying S Pen stylus. Users can multitask in multi-window mode, which supports minimizing apps as floating widgets. It also has text selection and crops selected areas on the screen for later viewing. The S Note app gets its own widget, so that users can access the core functions of the stylus as soon as they unlock it. 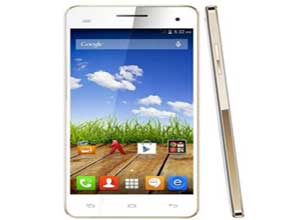 Micromax Canvas Hue, launched at Rs 10,999, has a 5-inch HD screen protected by Gorilla Glass 3 and runs on Android 4.4 (KitKat); the company in a statement said that the phone will soon get Android 5.0 (Lollipop) update.

The smartphone has a 1.3GHz quad-core processor with 1GB RAM and comes with 8GB internal storage and supports microSD cards with storage up to 32GB.

The smartphone has an 8MP camera with Sony sensor on the back and a 2MP camera in front. Micromax’s battery saving technology helps the Canvas Hue’s 3,000mAh battery of Canvas Hue last up to 30 days, the company said in a statement.

The new Desire smartphone features an 8MP rear camera with LED flash for capturing pictures and a 2MP front camera for selfies. In terms of connectivity, the dual-sim smartphone supports 3G, Wi-Fi, Bluetooth 4.0, FM Radio and GPS. Powering up the phone is a 2,000mAh battery.

The BlackBerry Classic is targeted at BlackBerry loyalists who still use older versions of its physical keyboard devices such as the Bold as the phone features all legacy keys including the menu, back and call answer and reject keys in addition to a touch display.

The Classic sports a 3.5-inch square touch display with a resolution of 720x720p. Powered by a Qualcomm Snapdragon S4 Plus processor and 2GB RAM, the phone comes with 16GB storage expandable via microSD card up to 128GB. The USP of the phone is its 35 key backlit keyboard. It is priced at Rs 31,990. 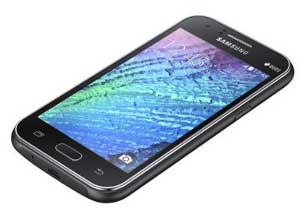 The Galaxy E7 has a 5.5-inch Super AMOLED screen, 1.2GHz quad-core processor, 2GB RAM and runs on the same TouchWiz software as its sibling. The model has a 13MP rear camera with LED flash and 2,950mAh battery. The Galaxy E7 smartphone has been priced at Rs 23,000 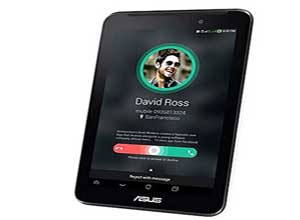